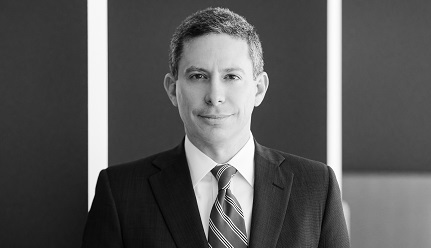 Andrew Goldsmith has represented clients in the financial, telecommunications, and technology industries, appearing on behalf of plaintiffs and defendants in state and federal court. He has also represented corporate and individual clients in government investigations, including investigations by the Department of Justice, the Securities and Exchange Commission, and state regulatory agencies.

Prior to joining Kellogg Hansen, Mr. Goldsmith was an Assistant United States Attorney in the Eastern District of New York, where he served in the General Crimes and Violent Crimes and Terrorism sections.  Among other responsibilities, he was lead counsel in jury trials and briefed and argued appeals before the U.S. Court of Appeals for the Second Circuit.  In 2010, he and several of his colleagues received the Director’s Award for Superior Performance by a Litigative Team from the Executive Office for United States Attorneys for their work prosecuting Sri Lankan terrorists.

In the Matter of Certain High-Density Fiber Optic Equipment and Components Thereof, USITC Inv. No. 337-TA-1194 (Judge David P. Shaw, March 23, 2021) – Represented complainant in obtaining a Final Initial Determination of violation and a recommended general exclusion order against all respondents and other importing infringers.  Judge Shaw found a violation with respect to all asserted patents and all accused products after the International Trade Commission’s first virtual evidentiary hearing.

Represented Verizon in a publicly-disclosed investigation by the New York Attorney General of broadband speed marketing by all major carriers. The investigation concluded without the AG filing an enforcement action against Verizon and without Verizon having to pay monetary fines or restitution.