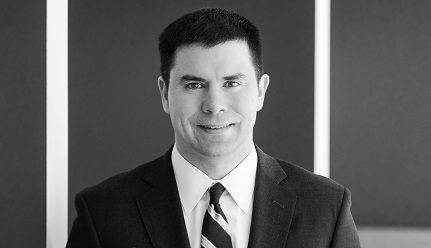 Brendan has significant experience in appellate litigation.  He has led the briefing in dozens of appeals in the Supreme Court of the United States, federal courts of appeals, and state supreme courts.  And he has presented oral argument in the Sixth, Eighth, and D.C. Circuits.  In 2018, Brendan received a Distinguished Amicus Service Award from the International Municipal Lawyers Association for exemplary advocacy on behalf of local-government interests in the Supreme Court. In 2014, Brendan was recognized in a Reuters analysis as one of 75 most influential Supreme Court advocates.

Brendan provides pre-litigation counseling and strategic advice to clients on a wide range of substantive issues. He also advises clients on questions of litigation and appellate strategy, including Supreme Court practice.

From March 2015 to January 2017, Brendan served in the U.S. Treasury Department as Deputy General Counsel and, before that, Senior Counsel.  At Treasury, Brendan oversaw legal advice on issues relating to housing finance; the Troubled Assets Relief Program; general law, ethics, and regulation; the Affordable Care Act; and tax policy.  He also managed responses to congressional investigations and coordinated the defense of significant litigation matters arising from Treasury’s responses to the 2008 financial crisis and its implementation of the Affordable Care Act.  Secretary Jacob J. Lew awarded Brendan the Treasury Department’s Distinguished Service Award in recognition of his contributions. Earlier in his career, Brendan served in the Office of the U.S. Solicitor General as a Bristow Fellow and was a law clerk for the Chief Judge of the U.S. Court of Appeals for the Fifth Circuit.

Brendan has represented clients in two path-marking Supreme Court cases involving the relationship between federal drug regulation and state tort law. In Wyeth v. Levine, 555 U.S. 555 (2009), the Supreme Court affirmed our client’s judgment against a drug manufacturer and rejected the manufacturer’s contention that the Food and Drug Administration’s approval of the labeling for a brand-name prescription drug preempts lawsuits for failure to warn. In Merck Sharp & Dohme Corp. v. Albrecht, 139 S. Ct. 1668 (2019), the Supreme Court preserved and strengthened the Levine decision, holding that preemption requires an FDA action with the force of law prohibiting the manufacturer from adding an adequate warning.

At the trial level, Brendan is currently representing a state attorney general in pursuing claims arising from the opioid crisis against opioid manufacturers and distributors.

Led the briefing, at both the certiorari and merits stages, in a successful effort to obtain Supreme Court review and vacatur of an unfavorable court of appeals decision interpreting the fiduciary duty of a mutual fund investment adviser under the Investment Company Act of 1940.  Jones v. Harris Assocs. L.P., 559 U.S. 335 (2010).

Led the briefing in a precedent-setting appeal involving the statute of limitations for investor-fraud claims.  The Illinois Supreme Court held that the trial court had erred in dismissing our client’s claims.  Khan v. Deutsche Bank AG, 978 N.E.2d 1020 (Ill. 2012).

Obtained affirmance on appeal of a federal bank-robbery conviction while serving in the Department of Justice.  United States v. Lawson, 410 F.3d 735 (D.C. Cir. 2005).

Represented two private equity firms and several members of the board of directors of Clear Channel Outdoor Holdings, Inc. (“CCOH”) in an investigation by a special litigation committee of the CCOH board appointed in connection with a shareholder derivative lawsuit.  In re Clear Channel Outdoor Holdings, Inc. Derivative Litig., C.A. No. 7315-CS (Del. Ch. Ct.).

Represented a former government official in a congressional investigation regarding Russian interference in the 2016 election.

Tips for Representing Consumers and Investors in the Supreme Court, 44 Litigation 2 (2018) (co-authored with David C. Frederick)

University of Texas School of Law, J.D., with highest honors, 2003

Senior Counsel, Office of the General Counsel, U.S. Department of the Treasury, 2015-2016