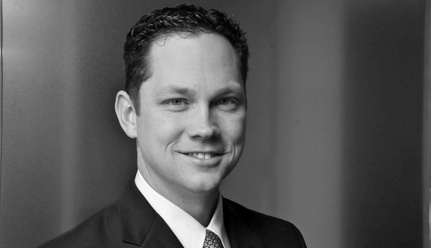 Daniel Bird is a litigation partner at the firm, specializing in complex commercial cases for plaintiffs and defendants throughout the country.  Mr. Bird regularly represents individual and corporate clients on a wide range of civil matters, and has particular expertise in antitrust, business torts, contract disputes, defamation, and professional liability.  He has represented clients in high-stakes and high-profile disputes including elaborate tax frauds, health care antitrust violations, NASCAR sponsorship, and counterfeit wine.

Mr. Bird has served as trial counsel and lead appellate counsel, has argued before numerous state and federal courts, and has reached successful rulings through summary judgement, jury verdict, and appeal.  He has experience in all aspects of litigation, with significant experience litigating complex issues of causation, damages, and attorneys’ fees.  In addition, he advises clients on a variety of issues, including jurisdiction, the attorney-client privilege, choice-of-law and statute-of-limitations issues, and questions of trial and appellate strategy.

Mr. Bird joined the firm in 2006 after clerking for the Honorable A. Raymond Randolph on the U.S. Court of Appeals for the D.C. Circuit. He has been recognized by Super Lawyers as a “Rising Star” from 2014-2019. He earned his J.D. from the Yale Law School, where he was a Coker Fellow in Constitutional Law and served as Senior Editor of the Yale Law Journal.

Representing a certified class of employers and unions alleging that the Sutter Health hospital system leveraged its market power to engage in anticompetitive conduct, insulate itself from competition, and charge inflated prices.  After five and a half years of litigation, the parties settled on the eve of Mr. Bird’s opening statement.  Subject to court approval, Sutter has agreed to pay $575 million and comprehensive injunctive relief, including changing its practices under the supervision of a court-appointed monitor.  UFCW & Employers Benefit Trust v. Sutter Health, No. CGC 14-538451 (Cal. Super. Ct.).

Successfully represented bankruptcy trustee on appeal in obtaining affirmance of a $213 million jury verdict against The Renco Group and Ira Rennert for fraudulent conveyance and breach of fiduciary duty.  In re Magnesium Corporation of America, 682 F. App'x 24 (2d Cir. 2017).

Served as trial counsel in a dispute between coal companies involving claims of fraud and tortious interference.  Briefed, argued, and won summary judgment on individual plaintiff’s claims for millions of dollars in lost income and other damages, which the court held were derivative of injuries allegedly sustained by his company.  Caperton v. A.T. Massey Coal Co., 2014 WL 3579828 (Va. Cir. Ct. Apr. 15, 2014).

In post-trial representation of a defendant accused of consigning counterfeit wine for auction, successfully reduced compensatory and punitive damages from $12.4 million to less than $1 million, defeated a request for a permanent injunction, and obtained the complete denial of a claim for $8 million in attorney’s fees.  Koch v. Greenberg, 14 F. Supp. 3d 247 (S.D.N.Y. 2014).

Successfully represented infoUSA, Inc. in the district court and on appeal against claims of infringing a patent on e-mail marketing.  The Federal Circuit affirmed the grant of summary judgment in a widely-cited decision confirming the efficacy of “logic, judgment, and common sense” to invalidate a patent on the ground of obviousness.  Perfect Web Technologies, Inc. v. InfoUSA, Inc., 587 F.3d 1324 (Fed. Cir. 2009).