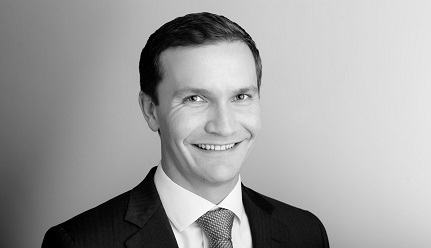 Dan has particular experience with antitrust and securities cases, multi-district litigation, and class actions. He has also represented telecommunications clients in regulatory proceedings before the Federal Communications Commission and the Department of Justice.

Represented the National Credit Union Administration as liquidating agent in a series of lawsuits against major financial institutions regarding the sale of residential mortgage-backed securities.   The suits were filed in three federal district courts and generated multiple appeals to three Courts of Appeals. Dan was involved in all aspects of the litigation, including drafting the complaints, briefing dispositive motions and appeals, taking and defending fact and expert depositions, and managing discovery. Each suit was resolved prior to trial, with defendants in three suits offering judgment for the full damage demand plus attorneys’ fees. More than $5.1 billion has been recovered.

Successfully represented iHeartMedia, Bain Capital, and THL in the Delaware Court of Chancery and Delaware Supreme Court with respect to a shareholder derivative action. The action was dismissed on the pleadings by the Court of Chancery, and that ruling was affirmed on appeal by the Delaware Supreme Court. See GAMCO Asset Mgmt. Inc. v. iHeartMedia Inc., 2016 WL 6892802 (Del. Ch. Nov. 23, 2016), aff’d 172 A.3d 884 (Del. 2017).

Briefed and argued a pending appeal on behalf of a criminal defendant whose trial transcript was lost, depriving him of the ability to appeal errors at his trial. See Bush v. Florida, No. 14-12532 (11th Cir. argued May 19, 2016).

Successfully represented a law firm partner in an arbitration dispute against his former firm.