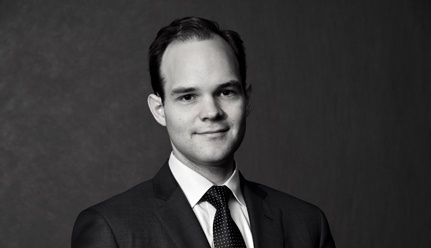 Daniel Severson advises businesses and consumers in complex litigation.  Prior to joining Kellogg Hansen, Mr. Severson served as a law clerk to the Honorable Allyson Kay Duncan on the United States Court of Appeals for the Fourth Circuit.

Mr. Severson was awarded Harvard University’s Presidential Public Service Fellowship for work at the United States Department of Defense.  He has served as a foreign affairs analyst at the United States Department of State and a Fulbright Scholar in Taiwan.  Mr. Severson graduated from Bard College with degrees in political studies and French horn performance.

The World’s Not Waiting for California:  France Moves to Enforce Decryption, Lawfare (Mar. 7, 2016, 7:00 AM), https://www.lawfareblog.com/worlds-not-waiting-california-france-moves-enforce-decryption

France’s Extended State of Emergency:  What New Powers Did the Government Get?, Lawfare (Nov. 22, 2015, 2:38 PM), https://www.lawfareblog.com/frances-extended-state-emergency-what-new-powers-did-government-get