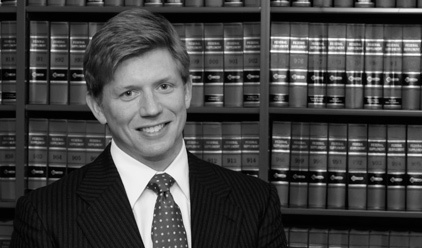 Joseph Hall has been a member of Kellogg Hansen since 2006.  His practice encompasses a wide variety of trial and appellate matters, with a particular focus on antitrust, intellectual property, and the False Claims Act (FCA).  He graduated with honors in Philosophy from Duke University in 1995.  Following graduation, he lived and worked in Yokohama, Japan, for a year.  He graduated cum laude from the Georgetown University Law Center in 1999.  He clerked for the Honorable Fred I. Parker of the U.S. Court of Appeals for the Second Circuit from 1999 to 2000.  He then clerked for the Honorable James Robertson of the U.S. District Court for the District of Columbia from 2000 to 2001.  While with the firm, he has argued appeals in both federal courts of appeals and state appellate courts, as well as numerous motions in federal district courts and state trial courts.  He has also represented clients before arbitration panels, administrative bodies, and federal and state courts throughout the country, including the U.S. Supreme Court.

Mr. Hall served as trial counsel for Meso Scale in a contractual dispute regarding intellectual property for a bench trial in Delaware Chancery Court.

Mr. Hall served as lead appellate counsel before the Federal Circuit, successfully representing Ritz Camera and a proposed class in an interlocutory appeal to the Federal Circuit in a case establishing that the Supreme Court’s decision in Walker Process Equipment, Inc. v. Food Machinery & Chemical Corp., 382 U.S. 172 (1965), allowed direct purchasers to bring antitrust claims under Section 2 of the Sherman Act for monopolization based on fraudulently procured patents regardless of whether the purchaser would have independent standing to challenge the validity of the patent.  Ritz Camera & Image, LLC v. SanDisk Corp., 700 F.3d 503 (Fed. Cir. 2012).

Mr. Hall served as primary trial counsel (along with Silvija A. Strikis) representing a former Amgen sales representative and whistleblower.  He was responsible for all phases of the litigation, including formulating and refining the legal theories, taking and defending numerous depositions, and participating in the ultimate settlement discussions.  The case became part of a comprehensive settlement agreement whereby Amgen agreed to pay more than $750 million to settle FCA claims.

In re Set Top Boxes (Cablevision)

Guided to Injustice?:  The Effect of the Sentencing Guidelines on Indigent Defendants and Public Defense, 36 American Criminal Law Review 1331 (1999)