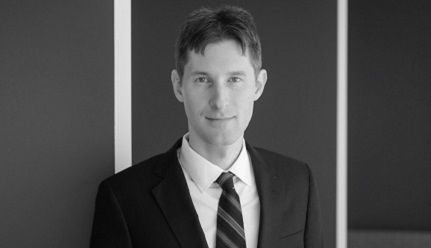 Josh Branson is a partner in the firm who regularly serves as lead counsel in high-stakes trial, appellate, and regulatory matters.  Drawing on skills he honed as a record-setting, national-champion collegiate debater, Mr. Branson has successfully represented clients in a range of contentious disputes worth billions of dollars.

Mr. Branson is a creative, versatile litigator with a track record of mastering difficult subjects and prevailing in trial and appellate courts.  His experience as lead counsel includes civil terrorism-funding lawsuits; copyright litigation; shareholder disputes; commercial contract cases; whistleblower litigation; and telecommunications matters.  He also has significant experience in antitrust, securities and foreign exchange, and defamation litigation.  Mr. Branson has tried multiple cases to judgment, including a nearly billion-dollar interstate-water dispute in the U.S. Supreme Court; has examined and cross-examined fact and expert witnesses before a variety of tribunals; and has briefed and argued critical district-court motions.

At the appellate level, Mr. Branson is undefeated in the five U.S. Court of Appeals cases in which he was primary counsel.  He also has drafted many additional briefs – including merits, certiorari, and amicus briefs – in the U.S. Supreme Court and U.S. Courts of Appeals.  Further, he has advised multiple litigation funders and represented clients in regulatory proceedings before the Federal Communications Commission.

Mr. Branson has been quoted in the Wall Street Journal and New York Times, among other national outlets, in stories addressing his cases.  In 2022, the American Lawyer named him the national Litigator of the Week for his D.C. Circuit appellate victory in Atchley v. AstraZeneca, No. 20-2077 (D.C. Cir. Jan. 4, 2022), which unanimously reversed the dismissal of a high-profile lawsuit on behalf of Gold Star Families and other Americans harmed by terrorism in Iraq.  He received recognition in David Lat’s weekly Original Jurisdiction newsletter for the same victory.  Mr. Branson also has delivered a guest lecture on complex litigation at Georgetown University Law Center.