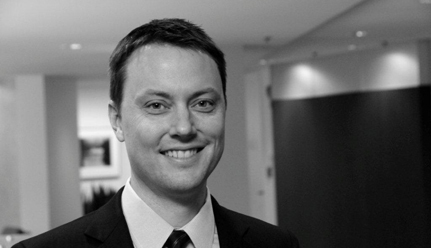 Mr. Huff frequently represents sophisticated investors including private equity firms and their portfolio companies in litigation against all manner of opponents in a broad array of fields.  He has represented investment firms in litigation against other investment firms, major banks, creditors, accounting and other professional firms, sellers in investment transactions, and shareholder plaintiffs.  Mr. Huff’s other clients have included hedge funds; entrepreneurial startup companies; high net-worth individuals; banks and insurance companies; and public and private corporations in communications, media and entertainment, manufacturing, energy, technology, investment, and other sectors.  Mr. Huff has also represented corporate and individual clients in white collar criminal matters, including conducting internal investigations and defending clients in criminal and regulatory proceedings involving allegations of wire fraud and violation of the Foreign Corrupt Practices Act.

Prior to joining Kellogg Hansen, Mr. Huff was a law clerk for Justice Antonin Scalia of the Supreme Court of the United States, as well as for Judge Douglas H. Ginsburg of the United States Court of Appeals for the District of Columbia Circuit and Judge Denise L. Cote of the United States District Court for the Southern District of New York.  Mr. Huff graduated in 1996 from Columbia Law School where he was a James Kent Scholar and a Harlan Fiske Stone Scholar, as well as an Articles Editor for the Columbia Law Review.  Mr. Huff graduated summa cum laude in 1993 from the University of Utah with a major in political science and minors in economics and English.

Served as lead trial counsel representing iHeart Communications, Inc. in a dispute with noteholders who had issued notices of default to iHeart on more than $6 billion in debt.  Obtained temporary restraining order rescinding the notices of default and, after an expedited trial on the merits, won a declaratory judgment that the indentures governing iHeart’s notes permitted the challenged transaction and also won a permanent injunction rescinding the notices of default.  iHeart Communications, Inc. v. Benefit Street Partners (Tex. Dist. Ct. Bexar Cnty.).

Served as lead trial counsel representing Alpha Natural Resources’ subsidiary A.T. Massey Coal Company in a long-running and highly publicized lawsuit brought by Hugh Caperton and his coal companies asserting claims of fraud and tortious interference.  Prior to Mr. Huff’s involvement, plaintiffs had won a jury verdict in West Virginia against Massey for more than $50 million.  After that verdict was overturned on appeal, plaintiffs brought the same case in Virginia, this time seeking more than $100 million in damages.  Massey hired Mr. Huff for the Virginia trial.  After a 5-week trial, the jury awarded only $5 million.  The trial court granted a new trial on damages but further proceedings were stayed due to Alpha’s unrelated filing of bankruptcy.  Caperton v. A.T. Massey Coal Co. (Va. Cir. Ct.).

Served as lead counsel representing a major private equity firm in a lawsuit against a big four accounting firm for fraud and related claims arising out of the private equity firm’s investment in a company in a foreign country.  Defeated motion to dismiss for lack of personal jurisdiction, forum non conveniens, and failure to state a claim.  The case settled before trial.

Represented a private equity firm in multidistrict litigation in the Southern District of New York arising out of the collapse of Refco, then the largest independent derivatives execution and clearing firm in the world.  Brought claims on behalf of private equity firm against Refco’s former law firm and auditor.  Both cases settled before trial.  In re Refco Inc. Securities Litigation, 07 MDL 1902 (S.D.N.Y.) (Rakoff, J.).

Represented two private equity firms in a multi-billion dollar lawsuit against six prominent banks to force them to fulfill their commitment to finance a leveraged buyout of Clear Channel Communications.  At the beginning of an expedited trial, the case settled with the banks agreeing to fund the transaction.  BT Triple Crown Merger Co. v. Citigroup Global Markets, Inc., No. 08-600899 (N.Y. Sup. Ct.).

Part of the trial team that won a $318 million judgment in federal court on behalf of a technology startup company against a major ultrasound manufacturer for fraud and unfair trade practices.  Examined witnesses at trial and successfully presented oral argument against motion for directed verdict.  Volumetrics Medical Imaging, Inc. v. ATL Ultrasound, Inc., No. 1:01-CV-00182 (M.D.N.C.).

Represented a Fortune 200 company in the insurance industry in investigation by the Securities and Exchange Commission and Department of Justice into alleged violations of the Foreign Corrupt Practices Act.  The DOJ declined to prosecute and the SEC took no enforcement action.

Represented a Fortune 500 company in the energy industry in two investigations by the Securities and Exchange Commission and Department of Justice into alleged violations of the Foreign Corrupt Practices Act.  After the first investigation, the client received a declination of criminal prosecution from the DOJ and an administrative sanction from the SEC.  After the second investigation, the DOJ praised the client’s cooperation as “sincere,” “complete,” and “exceptional,” agreed to defer and ultimately to dismiss a criminal prosecution of the company, and recommended a substantially reduced fine against a subsidiary as a reward for cooperation.