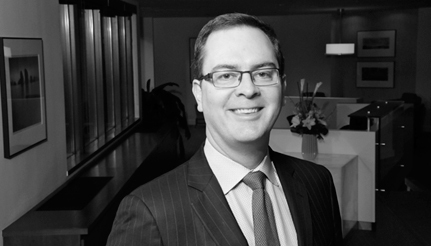 Kevin Miller specializes in complex commercial and appellate litigation, including antitrust, fraud, breach of contract, securities, and constitutional matters.  Mr. Miller has significant trial experience in district courts, as well as various state courts and other tribunals.  He has argued numerous appeals in the federal courts of appeals, and he has been the counsel of record and principal author of numerous merits and amicus briefs in the U.S. Supreme Court.  Mr. Miller also has extensive expertise representing clients in criminal and civil regulatory investigations and proceedings involving the Department of Justice, the Securities and Exchange Commission, and the Federal Trade Commission, among others.

Mr. Miller represents a broad range of clients including, Fortune 500 companies, small businesses, individuals, institutional investors, and private equity firms and their portfolio companies.  He has represented both plaintiffs and defendants in cutting-edge and high-profile litigation.  He recently represented AT&T in the Department of Justice’s unsuccessful challenge to the merger of AT&T and Time Warner.  See United States v. AT&T Inc., No. 17-cv-02511 (D.D.C.).  He is currently representing a number of plaintiffs in a major antitrust litigation against the two leading providers of auto dealer management systems, CDK Global, LLC and The Reynolds & Reynolds Company.  Mr. Miller and his firm colleagues successfully obtained a rare preliminary injunction on behalf of their client, Authenticom, Inc.  See In re Dealer Management Systems Antitrust Litigation, MDL No. 2817 (N.D. Ill.).  He also represented iHeartRadio in a six week hearing before the Copyright Royalty Board that resulted in the first‑ever royalty rate reduction for Broadcasters and was hailed by Billboard as a “big win” for iHeartRadio.  See Webcasting IV.

Mr. Miller practiced for several years as a certified public accountant (now inactive) and auditor and has substantial experience representing and advising clients in audit, accounting malpractice, and complex financial matters.  He has successfully represented Fortune 500 companies in audits of their copyright Statements of Account that are submitted to the Copyright Royalty Board.  He represented a publicly traded company, Navistar, Inc., in prosecuting claims against the company’s former auditor.  He also represented a major private equity firm in a lawsuit against a Big Four accounting firm for fraud and related claims arising out of the private equity firm’s investment in a company in a foreign country.

Webcasting IV – Represented iHeartRadio in a six week hearing before the Copyright Royalty Board that resulted in the first‑ever royalty rate reduction for Broadcasters.  The victory was hailed as a “big win” for iHeartRadio.  Billboard, Inside the CRB’s New Streaming, http://www.billboard.com/articles/business/6812938/crb-webcasting-rates-labels-digital-services-reactions (Dec. 17, 2015).

Represented a major private equity firm in a lawsuit against a Big Four accounting firm for fraud and related claims arising out of the private equity firm’s investment in a company in a foreign country. Our team defeated the motion to dismiss for lack of personal jurisdiction, forum non conveniens, and failure to state a claim. The case settled before trial.

Article, Lawyers as Venture Capitalists:  An Economic Analysis of Law Firms That Invest in Their Clients, 13 Harvard Journal of Law & Technology 435 (2000)