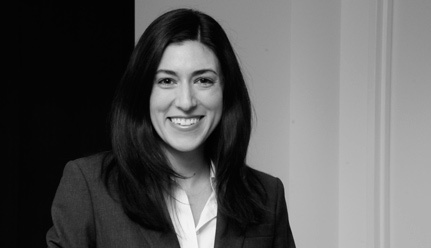 Ms. Pope represents plaintiffs and defendants in complex, commercial litigation and has substantial experience trying high-stakes matters for clients in both federal and state courts.  Ms. Pope was part of trial teams that successfully represented a client in Texas state court in a case involving high-yield debt and that achieved the first-ever royalty rate decrease from the Copyright Royalty Board for broadcasters that offer online radio services.  Ms. Pope  also represented the National Credit Union Administration in a series of lawsuits regarding the sale of residential mortgage-backed securities.

Webcasting IV
Ms. Pope represented iHeartRadio in a six week hearing before the Copyright Royalty Board that resulted in the first‑ever royalty rate reduction for Broadcasters.  The victory was hailed as a “big win” for iHeartRadio.  Billboard, Inside the CRB’s New Streaming, http://www.billboard.com/articles/business/6812938/crb-webcasting-rates-labels-digital-services-reactions (Dec. 17, 2015).

National Credit Union Administration
Ms. Pope represented the National Credit Union Administration as liquidating agent in a series of lawsuits against major financial institutions regarding the sale of residential mortgage-backed securities.  Ms. Pope was involved in all aspects of the litigation, including briefing dispositive motions, taking and defending depositions, and managing discovery.  During this litigation, the trial court partially excluded the opinions of an expert economist, citing concessions made during a deposition taken by Ms. Pope.  Each suit was resolved prior to trial, with defendants in three suits offering judgment for the full damage demand plus attorneys’ fees.  More than $5.1 billion has been recovered.

Caperton v. A.T. Massey Coal Co.
Ms. Pope represented Alpha Natural Resources’ subsidiary A.T. Massey Coal Company during a jury trial involving claims of fraud and tortious interference.  Prior to Kellogg Hansen’s involvement, plaintiffs had won a jury verdict in West Virginia against Massey of approximately $50 million.  After that verdict was overturned on appeal and ordered to be tried in Virginia, plaintiffs brought essentially the same case, this time seeking more than $100 million in damages.  Massey hired Kellogg Hansen to handle the Virginia trial.  After a 5-week trial, the jury awarded $5 million to plaintiffs.   The trial court granted a new trial on damages but further proceedings were stayed due to Alpha’s unrelated filing of bankruptcy.