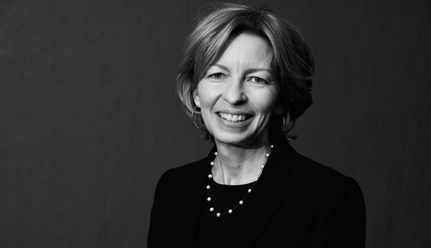 Linda Elliott represents defendants and plaintiffs in complex litigation at the trial and appellate levels.  Before joining Kellogg Hansen as Of Counsel, Ms. Elliott worked at the United States Court of Appeals for the D.C. Circuit as Permanent Law Clerk and Special Counsel to Judge Harry T. Edwards, as Special Counsel for Legal Affairs, and as Deputy Circuit Executive.  She also served for seven years as a Staff Attorney at the Public Defender Service for the District of Columbia, where she represented indigent adults and juveniles in all phases of criminal prosecutions, including jury and bench trials, pre-indictment investigations, grand jury representations, pretrial detention hearings, motions practice, and post-conviction appeals.  As a senior felony attorney, Ms. Elliott supervised newer trial division attorneys, acted as senior co-counsel for felony-one cases, and designed and conducted attorney training sessions.  Prior to joining the Public Defender Service, Ms. Elliott was an E. Barret Prettyman Fellow at Georgetown University Law Center, where she represented indigent adults charged with crimes and supervised third-year law students defending clients against misdemeanor charges, while she earned an LL.M. in Advocacy.

Ms. Elliott holds the position of Visiting Professor at the University of Peking School of Transnational Law, Shenzhen, China, where she taught courses from 2010 through 2014.  In addition, from 2007 through 2016 she served as an Adjunct Professor of Law at the New York University School of Law.  Ms. Elliott also spent a semester as a Visiting Associate Professor of Law in the Criminal Justice Clinic at the Georgetown University Law Center.  Ms. Elliott has conducted primary research on urban shanty towns in Freetown, Sierra Leone.

Presenter, The Art of Appellate Advocacy, The University of Mississippi School of Law (February 26, 2004)

Staff Attorney, Public Defender Service for the District of Columbia, 1990-1997