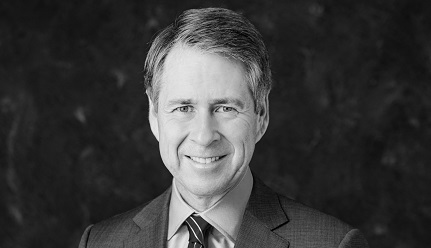 Michael Guzman represents plaintiffs and defendants in high-stakes disputes.  He has tried a broad range of cases to decision before juries, judges, arbitrators, and administrative panels in federal and state proceedings.  In total, Mr. Guzman has taken on lead roles in more than a dozen trials.

Mr. Guzman’s representation of his clients has resulted in precedent setting verdicts, including two of the largest antitrust verdicts in U.S. history.  In total, he has won more than $2.5 billion to date in verdicts or settlements for his clients, and he has secured summary judgment for clients facing claims exceeding $2 billion.

Mr. Guzman’s experience representing clients in private practice is complimented by his government service.  He served as Principal Deputy Assistant Attorney General for the United States Department of Justice in the Environment and Natural Resources Division from 2008-2009.  In that position, he shared responsibility for managing more than 300 attorneys in the Division with an active case load exceeding 5,000 matters.  He also clerked for the Honorable Douglas H. Ginsburg of the United States Court of Appeals for the District of Columbia Circuit, and served as a legal assistant to the Honorable George H. Aldrich of the Iran-United States Claims Tribunal.

In re Urethane Antitrust Litigation, MDL No. 1616 (D. Kan.)
In one of the few antitrust class actions to go to trial, Mr. Guzman served as co-lead trial counsel for a class of direct purchasers in a four-week trial alleging price fixing by the Dow Chemical Company.  The jury ultimately rendered a $1.2 billion verdict.  The verdict was upheld by the Tenth Circuit, and the case settled while under review by the United States Supreme Court.  In its final approval order, the District Court wrote: “[i]n almost 25 years of service on the bench, this Court has not experienced a more remarkable result.”

In re Steel Antitrust Litigation, 08-cv-5214 (N.D. IL)
Mr. Guzman served as court-appointed co-lead class counsel on behalf of a class of direct purchasers that included all the major automakers as well as a number of other Fortune 500 companies in a proposed class action alleging manufacturers colluded to reduce steel output and stabilize prices.  After defeating a motion to dismiss and persuading the Court to certify a class, the claims were settled for nearly $200 million in the aggregate.  This case was built by the investigation of counsel and without the benefit of a Department of Justice investigation.

Conwood Company, L.P. et al. v. United States Tobacco (W.D. KY)
Mr. Guzman served as a member of the litigation and trial team for Conwood Company in a four-week jury trial with Mark Hansen and Neil Gorsuch.  The jury found that United States Tobacco (UST) had abused its monopoly power and awarded Conwood $1.05 billion in damages, one of the largest antitrust verdicts ever.

In re Copper Cathode Antitrust Litigation, MDL 1303 (W.D. Wis.)
Mr. Guzman represented direct action plaintiffs in a price fixing case against a major Wall Street bank.  The case settled for a confidential amount on the eve of trial, and the clients recovered approximately forty times more than their share of the class recovery against other defendants in an earlier phase of the litigation.

Caperton v. A.T. Massey Coal Co. (Va. Cir. Ct.)
Mr. Guzman served as trial counsel with Kevin Huff representing defendant Alpha Natural Resources’ subsidiary A.T. Massey Coal Company in a long-running and well-publicized lawsuit.  Prior to the Firm’s involvement, plaintiffs had won a jury verdict in West Virginia against Massey of approximately $50 million.  After that verdict was overturned on appeal and ordered to be tried in Virginia, plaintiffs brought essentially the same case, this time seeking more than $100 million in damages.  After a 5-week trial in Virginia, the jury awarded $5 million to plaintiffs.

Tribal Trust Litigation
Beginning in 2002, the Natural Resources Section of the U.S. Department of Justice was assigned responsibility for defending approximately 100 “Tribal Trust" cases that had been filed in the United States Court of Federal Claims (“CFC”) and in various federal district courts.  In these cases, the tribes alleged that the United States had breached its responsibilities to the tribes and demanded compensation for claimed damages resulting from the United States' alleged mismanagement of their funds and resources.  Mr. Guzman took a direct role in the strategy, defense, and settlement of these cases.  Mr. Guzman and the Department of Justice trial teams litigated and settled many of these cases during his tenure, developing strategies to prevent recurring litigation.  Between January 1, 2002, and September 30, 2014, the United States settled the claims of 86 tribes in an aggregate amount of approximately $2.78 billion.

Forest Service Employees for Environmental Ethics v. United States Forest Service (D. Mont.)
While serving as Principal Deputy Assistant Attorney General, Mr. Guzman successfully tried a case in which sanctions were sought against the Undersecretary of the Department of Agriculture.  A federal Judge had preliminarily determined that the Forest Service and Undersecretary had failed to timely comply with the National Environmental Policy Act and the Endangered Species Act, and ordered a show cause hearing to determine whether the Undersecretary should be jailed for contempt or placed on electronic monitoring.  After a trial at which a fuller picture was presented, the Judge dropped the contempt finding and the matter ultimately resolved favorably for the Forest Service.

Mr. Guzman frequently presents on complex litigation topics.  In May, he will speak on a panel at a litigation finance conference in New York.

Co-Author: Will the Gentlemen Please Yield? – A Defense of the Constitutionality of State-Imposed Term Limitations, 20 Hofstra Law Review 341 (1991) (with Neil Gorsuch)