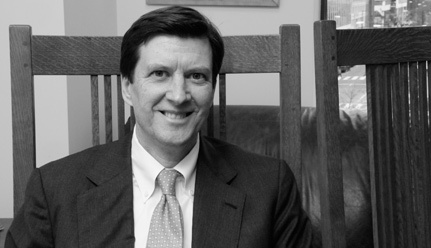 Michael Kellogg is a founding partner and the managing partner of the firm.  He received degrees from Stanford University and Oxford University in philosophy before graduating magna cum laude from the Harvard Law School.  After clerking on the United States Court of Appeals for the District of Columbia Circuit for Judge Malcolm Wilkey, and then on the United States Supreme Court for Chief Justice Rehnquist, Mr. Kellogg served as Assistant United States Attorney for the Southern District of New York and in the Solicitor General’s office.  His current practice is focused on appellate, regulatory, and antitrust issues.  He has briefed and argued numerous cases before the United States Supreme Court.  He co-authored Federal Telecommunications Law and has authored three books on the history of thought, The Greek Search for Wisdom, The Roman Search for Wisdom and The Wisdom of the Middle Ages.

American Express Co., et al. v. Italian Colors Restaurant, et al., No. 12-133 (U.S. S.Ct. 2013), argued successfully for the petitioners that the Federal Arbitration Act does not permit courts, invoking the “federal substantive law of arbitrability,” to invalidate arbitration agreements on the ground that they do not permit class arbitration of a federal-law claim.

Bell Atlantic Corp. v. Twombly, 550 U.S. 544 (2007), argued successfully for the petitioners, establishing that parallel conduct, absent plausible evidence of agreement, is insufficient to state a claim under § 1 of the Sherman Act.

In re Magnesium Corporation of America, 682 F. App'x 24 (2d Cir. 2017), argued successfully for the respondent, Lee E. Buchwald, as Trustee for the Renco bankruptcy estate, to affirm the approximately $213 million verdict against the Renco Group and Ira Rennert.

In re Terrorist Attacks on September 11, 2001, 538 F.3d 71 (2d Cir. 2008), argued successfully on appeal from orders entered in the district court for dismissing claims against the seven Saudi Arabian defendants-appellees for lack of subject matter jurisdiction and personal jurisdiction.

The Wisdom of the Enlightenment (Prometheus, forthcoming 2022)

The Wisdom of the Renaissance (Prometheus, 2019)

The Wisdom of the Middle Ages (Prometheus, 2016)

The Roman Search for Wisdom (Prometheus, 2014)

The Greek Search for Wisdom (Prometheus, 2012)

The Geodesic Network II:  1993 Report on Competition in the Telephone Industry (with P. Huber and J. Thorne) (Geodesic Publishing Co., 1992)