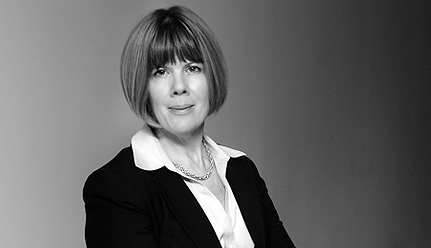 Rebecca Beynon has extensive experience in pre-trial and trial proceedings, and tried a number of cases to decision before juries, judges, and administrative adjudicators.  She has represented both plaintiffs and defendants in class action and complex commercial litigations, patent matters, and antitrust cases, as well as clients in criminal and civil regulatory investigations conducted by Department of Justice, United States Attorneys’ offices, the Securities and Exchange Commission, and state Attorneys General.

Ms. Beynon joined Kellogg Hansen in 1997.  She left the firm from 1998 to 2003 to serve as a legal advisor in the Federal Communications Commission, Deputy General Counsel for the Office of Management and Budget, and Special Assistant to the President.

Ms. Beynon clerked for U.S. Supreme Court Justice Sandra Day O’Connor from 1996 to 1997 and Judge A. Raymond Randolph on the U.S. Court of Appeals for the D.C. Circuit from 1994 to 1995.  She graduated in 1994 from the University of Texas School of Law, where she was first in her class and served as an editor of the Texas Law Review.  Ms. Beynon holds a B.S. and M.S. in chemical engineering, and worked for two pharmaceutical companies as a research engineer before attending law school.

In the Matter of Certain Electronic Products, Including Products with Near Field Communication, No. 337-TA-950 (International Trade Commission):  Represented Dell, Inc. in against patent infringements claims brought by NXP Semiconductors.  Oversaw the preparation of an expert report concluding that issuance of an exclusion order would be against the public interest and inconsistent with NXP’s obligations to license the patents on reasonable and non-discriminatory terms.

In re Bank of New York Mellon Forex Transactions Litigation, MDL No. 2335 (S.D.N.Y.):  Defended The Bank of New York Mellon in a number of lawsuits and investigations alleging that the bank violated federal mail and wire fraud laws, federal securities laws, state False Claims Acts, and fiduciary and contractual duties, in connection with foreign-exchange services it provided its customers.  Claims against the bank based upon the False Claims Act and its state-law counterparts were dismissed in Virginia state and California federal courts.  After the parties conducted extensive discovery, the parties reached a settlement favorable to the bank.

In re Urethane Antitrust Litigation, MDL No. 1616 (D. Kan.):  In one of the few antitrust class actions to go to trial, Ms. Beynon represented a plaintiff class of direct purchasers in a four-week jury trial alleging price fixing by the Dow Chemical Company among others.  The jury rendered a $1.2 billion dollar verdict after trebling in early 2013.  Prior to the trial, all of the other defendants settled with the class.

In re Refco Inc. Securities Litigation, MDL No. 1902 (S.D.N.Y.):  Asserted claims on behalf of private equity firm Thomas H. Lee Partners against an auditor in a multidistrict litigation in the Southern District of New York arising out of the collapse of Refco, then the largest independent derivatives execution and clearing firm in the world.