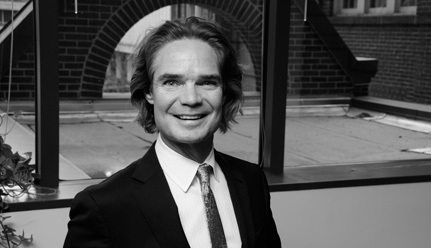 He also formed and runs a U.S. non-profit that provides support including housing, education, and medical care for homeless children in India. www.ramanas.org.

Successfully represented the National Credit Union Administration Board in multiple cases as plaintiff against major Wall Street banks serving as mortgage-backed securities underwriters, including Goldman Sachs, Morgan Stanley, RBS, and UBS, resulting in an aggregate recovery of more than $5 billion for the agency and its insurance funds that ensure the health of the federal credit union system.

Wyeth v. Levine, 555 U.S. 555 (2009). Successfully represented a musician who tragically lost her arm due to an improperly administered migraine drug, obtaining a 5-4 decision over the objection of the United States and numerous industry participants. The Court held that FDA approval of a manufacturer’s label did not preempt a jury verdict concluding that the label provided inadequate warnings of the known risk of the drug that severely harmed our client.

New Jersey v. Delaware, 552 U.S. 597 (2008). Successfully represented the State of Delaware in a case brought under the Supreme Court’s original jurisdiction by New Jersey, which sought to build a liquefied natural gas unloading dock extending from the New Jersey shore onto submerged lands belonging to Delaware. The case raised fascinating and challenging historical questions dating back to the original grant of territory in 1682 by the Duke of York to William Penn. The Court agreed with Delaware that a 1905 interstate compact between the States required Delaware’s approval before any such project could be built.

Bates v. Dow Agrosciences, 544 U.S. 431 (2005). Successfully represented Texas farmers seeking a remedy for severe crop damage caused by inadequate pesticide label warnings. In a watershed decision that limited the instances in which federal law may be deemed to preempt state laws, the Supreme Court effectively reversed or abrogated more than fifty adverse lower court decisions in similar cases, over the objection of the United States and numerous industry participants that participated before the Court as amici curiae (or interested parties).

In Department of Revenue of Kentucky v. Davis, 553 U.S. 328 (2008), the Supreme Court reached the result advocated for in this article, published while Mr. Attaway was in law school. The Court held that a state constitutionally may tax investor income from municipal bonds issued by other states while declining to tax investor income from its own municipal bonds. The article was cited in the amicus brief filed by forty-nine states, and the Attorney General for the lead state wrote Mr. Attaway that it had helped substantially in developing the constitutional legal theories on which the states prevailed in the Supreme Court.