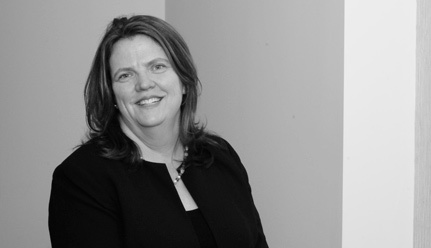 Silvija Strikis has been a member of Kellogg Hansen since 2001.  She enjoys a practice that includes a variety of matters ranging from False Claims Act cases, business disputes, professional malpractice cases, and intellectual property matters.  Before and during law school, she practiced as a Certified Public Accountant for several years, and that experience provides her with a strong background to advise clients about, and to litigate, issues involving claims of accounting and auditing malpractice, as well as other financial issues, including computation and presentation of damages.  She graduated from University of Maryland, University College, summa cum laude, with a degree in Information Systems Management in 1985 and earned her J.D. from Georgetown University Law Center, also summa cum laude, in 1995.  In addition to serving as a Bristow Fellow (attorney) in the Office of the Solicitor General of the United States, she was a law clerk to the Honorable Harry T. Edwards, then Chief Judge of the United States Court of Appeals for the D.C. Circuit, as well as the Honorable Sandra Day O’Connor of the Supreme Court of the United States.  While at the firm, she has represented a wide range of clients in all stages of litigation and appeal, including through discovery, motions practice, and oral arguments.  She also has considerable experience with representing clients in mediation and arbitration hearings, as well as in Multi District Litigation proceedings.  She also has represented clients in resolving investigations and claims successfully, without requiring litigation.

United States ex rel. Mullen v. AmerisourceBergen, Corp., et al., No. CV-10-4856 (E.D.N.Y.)
Representation of qui tam relator in a landmark $625 million civil settlement between AmerisourceBergen and federal and state prosecutors over false claims submitted for unapproved and adulterated drugs, double-billing from exploiting overfill, and kickbacks to physicians. Kellogg Hansen’s client was also critical in the government’s criminal investigation of the company, which led to its conviction for violations of the Food Drug and Cosmetic Act and criminal fines totaling $260 million. The combined $885 million settlement is one of the largest pharmaceutical settlements in history and includes a Corporate Integrity Agreement between AmerisourceBergen and the Office of Inspector General of the Department of Health and Human Services.

United States ex rel. Westmoreland v. Amgen, No. 1:06-cv-10972 (D. Mass.) & 652 F.3d 103 (1st Cir. 2011)
Representation of qui tam relator in a case alleging that Amgen and other companies violated federal and state False Claims Acts by causing the submission of fraudulent claims to Medicare and Medicaid relating to “overfill” amounts in vials of Amgen’s flagship anemia drug and other misconduct.  This case was unsealed in the District of Massachusetts, heavily litigated up to the eve of trial, and settled shortly before trial, resulting in criminal fines and civil damages of more than $700 million.  See http://www.taf.org/Amgen-Westmoreland-PR.pdf.  The case also included successful appeal from dismissal of state FCA claims in the First Circuit.

Contributor:  Stalked:  Breaking the Silence on the Crime of Stalking in America, Pocket Books/Simon & Schuster (1995)

Elements Required for Qualifying as an Innocent Spouse Still Far from Clear, 81 Journal of Taxation 354 (1994)

Bristow Fellow, Office of the Solicitor General of the United States, 1996-1997