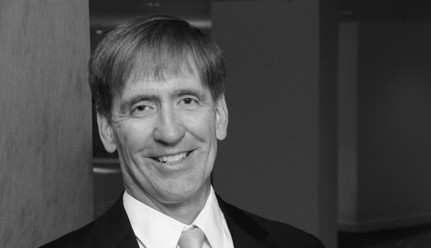 Steven Benz represents corporations as plaintiffs in antitrust, unfair competition, class action, and complex commercial cases in federal and state courts in the United States and in matters relating to the abuse of dominance and cartels in the European Union.  He has more than thirty years of litigation and counseling experience and has served as counsel of record in more than 140 litigated cases, trials, and appeals.

Mr. Benz is a frequent speaker at conferences on competition law and complex civil litigation topics.  Who's Who Legal named Mr. Benz a Global Leader in their Competition - Plaintiff 2020 analysis and reports that he is a "top-drawer competition plaintiff lawyer, well versed at representing corporations in complex antitrust and unfair competition claims."  In 2017 he was honored with the “Outstanding Antitrust Litigation Achievement in Private Law Practice” award by the American Antitrust Institute.

As a partner at the firm, Mr. Benz has prosecuted leading-edge cases involving in part the intersection of competition law and intellectual property rights, including monopolization, price fixing, and class actions under federal and state law; direct and indirect purchaser claims under state antitrust and unfair competition laws; and breach of contract, fraudulent transfer and deceptive trade practices litigation.

Mr. Benz was one of the lead attorneys for the plaintiffs in Coordination Proceedings Special Title (Rule 1550(b)) Microsoft I – V Cases, J.C.C.P. No. 4106 (Cal. Super. Ct., San Fran.).  He investigated, drafted and filed the complaint in Lingo et al. v. Microsoft Corp., No. 301357 (Cal. Super. Ct., San Fran.), which became the lead case against Microsoft in California after consolidation, on February 18, 1999.  On January 10, 2003, plaintiffs’ counsel and the class representatives reached an agreement with Microsoft on a settlement, which provided $1.1 billion in monetary benefits to California consumers and municipalities.  This settlement is the largest recovery of a monopoly overcharge ever achieved in the United States and the largest recovery ever achieved under California’s Cartwright Act or California’s Unfair Competition Act.