The following expert analysis by Kellogg Hansen partner Andrew Goldsmith was featured in Law360 on February 21, 2018. 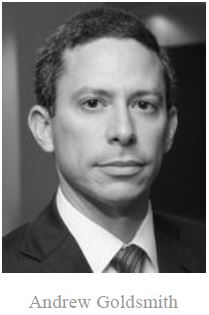 By Andrew Goldsmith | February 21, 2018 — The Fifth Circuit added last month to a circuit split on how to assess the prejudice caused by erroneous jury instructions on a criminal defendant’s principal trial theory when the defendant challenges the instructions for the first time on appeal.

The majority in United States v. Fairley vacated Kenneth Fairley’s convictions for theft of government property because the district court misstated the element of the crime on which Fairley “built his defense.”[1] But a dissenter argued that Fairley’s defense theory would have succeeded even under the instructions as given, if the jury had accepted the theory. By convicting him the jury showed it had not, so the error did not justify vacatur on plain error review.

Several circuits have taken different approaches in similar circumstances, but none has acknowledged the methodologies of the others.

Fairley was indicted in the Southern District of Mississippi on two counts of theft of government property, in violation of 18 U.S.C. § 641, and one count of conspiring to steal government property, in violation of 18 U.S.C. § 371. According to the government, Fairley and the non-profit that he ran, Pinebelt Community Services, Inc., billed Hattiesburg, Mississippi, for $98,000 in renovations to affordable housing even though it did only $38,000 of work. The city paid Pinebelt with a grant it had received from the U.S. Department of Housing and Urban Development. According to Fairley, Pinebelt spent more $135,000 on the renovations.

Section 641 describes offenders in two paragraphs. The first refers to “[w]hoever embezzles, steals, purloins, or knowingly converts to his use” federal government property. The second refers to “[w]hoever receives, conceals, or retains the same with intent to convert it to his use or gain, knowing it to have been embezzled, stolen, purloined or converted.” As the Fairley court observed, “In short, paragraph one covers stealing from the United States and paragraph two covers knowingly receiving stolen United States property.”[2]

The district court, however, combined components of each paragraph when it instructed the jury. The court characterized the statute as “mak[ing] it illegal to knowingly and willfully receive, retain, conceal or convert” government property.[3] The court told the jury that to convict it needed to find three elements: that the money at issue belonged to the United States and had a value greater than $1,000; that Fairley “knowingly and willfully converted, received, retained, concealed or converted such money”; and that Fairley “did so with intent to convert said money to his use.”[4] The court thus combined the conversion of the first paragraph of Section 641 with the receiving, retaining, and concealing and the intent to convert of the second paragraph. The court did not instruct the jury on the first paragraph’s requirement that the defendant know that the money was not his and intend to deprive the government of its use, or on the second paragraph’s requirement that the defendant know that the money had been stolen.

The jury convicted Fairley of all three counts.

The Fifth Circuit vacated the substantive convictions. The court held that the instructions failed to charge the jury as to either the first or the second paragraph of Section 641. In particular, “The instructions as given permitted the jury to convict upon finding that Fairley: (1) knowingly and willfully received United States money, (2) with intent to convert it to his use.”[5] Without more, those findings do not satisfy the elements of either theft of government property or receiving stolen government property. Mere receipt is insufficient for theft, and receipt with intent to convert is insufficient for receiving stolen property.

But at trial Fairley had not objected to the instruction. So to prevail on appeal he needed to show plain error: that the district court’s mistake was obvious, affected his substantial rights, and seriously affected the fairness, integrity, or public reputation of judicial proceedings.[6] The Fifth Circuit panel agreed the mistake was obvious, but it spilt on the remaining requirements.

The majority opinion – written by Judge Stephen A. Higginson, joined by Judge Jacques L. Wiener Jr. – held the error satisfied the test because it muddied the distinction on which Fairley “built his defense,” the line between receiving government money and converting it.[7] The majority reasoned that Fairley did not dispute that he received government funds. Instead, he argued that he properly spent the money on renovating affordable housing rather than converting it for his own use. “Permitting the jury to convict on mere receipt with intent to convert therefore directly undermined Fairley’s defense theory.”[8]

The dissenter, Judge Gregg Costa, disagreed. He wrote that Fairley’s defense theory would have defeated the “intent to convert” element on which the jury was instructed “just as much as it would have defeated an element of actual conversion.”[9] The jury must have rejected Fairley’s theory when it convicted him. As a result the erroneous instruction could not have affected Fairley’s substantial rights, or affected the fairness, integrity, or reputation of judicial proceedings.[10]

The Fairley majority did not explain whether it disagreed that the jury necessarily rejected Fairley’s defense, or disagreed with embarking on that analysis at all. A panel of the Second Circuit, however, has explicitly divided on whether such an inquiry is necessary. In United States v. Kopstein, the majority vacated convictions for transporting and shipping child pornography because of unpreserved errors in the district court’s instructions on entrapment, the defendant’s “only defense to the only charge that carried a mandatory minimum sentence.”[11] The court stated flatly that “a confusing jury instruction on the defendant’s sole defense will constitute plain error.”[12] A dissenter, Judge Debra Ann Livingston, rejected the view that “a confusing jury instruction on the defendant’s sole defense ipso facto constitutes plain error” and argued that the district court’s errors could not have prejudiced the defendant in light of his arguments and the evidence.[13]

In another split decision, the majority of a Ninth Circuit panel similarly concluded that erroneous jury instructions were plain error because they touched on the defendant’s only defense, though the court did not explicitly adopt a per se rule.[14] The defendant in United States v. Alferahin was convicted of obtaining naturalization contrary to law because he failed to disclose a previous marriage, despite a government form requesting that information. The district court failed to instruct the jury that an omission must be material to support a conviction. The Ninth Circuit held that the error affected Alferahin’s substantial rights because he presented evidence that his omission was immaterial and argued the point to the jury – in other words, the absence of materiality was his defense. In a separate part of the court’s opinion, addressing whether Alferahin’s trial counsel was constitutionally ineffective, the court referred to materiality as “‘his client’s only defense.’”[15]

Judge Marsha Berzon declined to join the majority’s opinion on the instructional error, noting that she found it “more difficult than the majority opinion suggests.”[16] She concurred in part, joining the majority’s holding that Alferhahin’s trial counsel was ineffective.

The Sixth and Tenth Circuits have held that erroneous instructions did not affect defendants’ substantial rights, even though the errors concerned the defendants’ core trial arguments. Both courts relied on the strength of the government’s case.

In United States v. Kalu, the defendant was convicted of a variety of charges arising out of an immigration fraud scheme.[17] The district court failed to instruct the jury that intent to defraud was an element of mail fraud. The Tenth Circuit held the omission was an error that did not affect Kalu’s substantial rights, even though Kalu’s “primary defense was that he acted in good faith.”[18] The court reasoned that “the record amply demonstrate[d]” Kalu’s lies, which were sufficient to support a finding of intent.[19]

Similarly, in United States v. Hatton, a robbery was caught on film, and the defendant’s “only defense” to a Hobbs Act robbery charge was that the incident had not affected interstate commerce.[20] The Sixth Circuit held that the district court erred by directing the jury to specific facts it should consider in evaluating the commerce element. But the court held that the error did not affect Hatton’s substantial rights because the proof of the element was “clearly” sufficient.[21]

Among these courts, only the Second Circuit in Kopstein explicitly addressed the proper methodology for applying plain error review to instructional errors affecting a defendant’s primary theory at trial. Unless the courts devote further analysis to the issue, defendants will likely continue to receive unpredictable results.

Andrew E. Goldsmith is a partner at Kellogg, Hansen, Todd, Figel & Frederick, PLLC. He previously served as an assistant U.S. attorney in the Eastern District of New York.

[10] Judge Costa would have affirmed for a separate reason as well. Consistent with the erroneous charge, the verdict form referred to each of the substantive counts as “knowingly and willfully receiving, retaining, concealing, or converting any money, property, or thing of value belonging to the United States.” Id. at *8. In addition to checking “Guilty” for each substantive count, the jury crossed out “retaining” and “concealing.” Judge Costa inferred that the jury had found Fairley guilty of both of the acts that it had not crossed out, “converting” and “receiving.” Because knowing conversion violates the first paragraph of Section 641, he would have found no prejudice because the jury had evidently convicted on a legally sufficient theory. The majority declined to consider the jury’s amendments to the verdict form, reasoning that they were ambiguous.