The U.S. Court of Appeals for the Federal Circuit has historically equated plaintiff's possession of a right to sue under Section 281 of the Patent Act with the plaintiff's standing under Article III, Section 2 of the U.S. Constitution. [1]

Notwithstanding these decisions, district courts continue to issue conflicting rulings on whether a plaintiff must possess a right to sue under the Patent Act for Article III standing, specifically whether exclusionary rights are necessary for Article III standing. [3]  As a result, district courts are divided on their subject-matter jurisdiction over — their very power to hear — patent infringement suits.  Timely guidance from the Federal Circuit is of critical importance.

History of Standing in Patent Cases

Article III, Section 2 of the U.S. Constitution vests power in the federal courts to resolve cases or controversies. [4]  In order to invoke this power, a plaintiff must demonstrate an injury in fact that is fairly traced to the defendant and is likely to be redressed by a favorable judgment. [5]  This requirement prevents plaintiffs from seeking merely advisory opinions of the courts. [6]

For decades, a different rule applied to patent cases. [7]  During that time, courts viewed the Patent Act as creating the legally protected interest that serves as the basis for Article III standing. [8] Thus, a plaintiff suing for patent infringement had Article III standing only if it either had all substantial rights in the patent at issue, i.e., it was the patentee under Section 281 or was a truly exclusive licensee of the patent, often referred to as having exclusionary rights in the patent. [9]

All this changed with the U.S. Supreme Court's 2014 ruling in Lexmark International Inc. v. Static Control Components Inc., [10] which definitively held that so-called statutory standing defects do not implicate the courts' subject-matter jurisdiction. Lexmark contrasted statutory standing, which seeks "to ascertain, as a matter of statutory interpretation, the scope of the private remedy created by Congress," with Article III standing, which addresses whether the plaintiff presents a case or controversy conferring Article III jurisdiction upon the reviewing court. [11]

In the wake of Lexmark, the Federal Circuit decided Lone Star and Schwendimann, which reversed the decades-old rule that applied to patent cases in order to bring the circuit into conformance with Lexmark and the other circuits. [12]

In Lone Star, the U.S. District Court for the Northern District of California dismissed the case for lack of Article III standing — i.e., granted a motion to dismiss under Federal Rule of Civil Procedure 12(b)(1) — because plaintiff Lone Star did not have all substantial rights in the patents at issue and thus could not sue in its own name as the patentee. [13]

The Federal Circuit agreed that Lone Star did not possess all substantial rights in the patents but nevertheless concluded that it had Article III standing. [14]  The court held that a separate analysis applied to Article III standing and that "'statutory standing' defects are properly brought under Rule 12(b)(6) rather than Rule 12(b)(1) in recognition of the fact that such defects are not jurisdictional." [15]

In reaching these conclusions, the circuit court recognized that it was bound to follow the Supreme Court decision in Lexmark over its own precedent "treating [§281] as a jurisdictional requirement." [16]

The Federal Circuit held that the ownership defect affected only the Patent Act's written instrument requirement under Section 261 that could be cured after filing suit, and, thus, "there [wa]s no 'standing' issue to be decided in this appeal." [17]  According to Schwendimann, Lone Star broadly held "that our earlier decisions treating the prerequisites of the Patent Act as jurisdictional were wrong.” [18]

The majority flatly rejected this argument, noting that Lone Star states the opposite in a precedential decision and that "the Supreme Court made clear that virtually all statutory filing prerequisites are non-jurisdictional.” [20] The facts of Schwendimann and the interplay between the majority and dissent make clear that exclusionary rights, while necessary under the Patent Act, are unnecessary for Article III standing.

Since Lone Star and Schwendimann, district courts around the country have been issuing inconsistent decisions on whether Article III standing can exist regardless of whether the plaintiff possesses any right to sue under the Patent Act. [21]

In Kenall, the Cooper defendants claimed that the plaintiff Kenall lacked Article III standing, resting on the separate argument that Kenall was not the real party in interest due to the transfer of certain rights in the patents to a nonparty.  Citing Lexmark and Lone Star, the district court criticized the Cooper defendants for "fail[ing] to recognize that those doctrines are distinct and rest on distinct considerations." [23]

The court made a particularly apt analogy to creditor cases:

A plaintiff may have Article III standing to seek relief for a defendant's alleged misconduct even if it has no viable statutory or common law right to obtain that relief. For example, if a creditor assigns to a third party a delinquent debt, the creditor no longer possesses the right to enforce the debt, but it still has Article III standing because it was injured by the debtor's nonpayment and its injury could be redressed through money damages. [24]

Thus, the decisive question was whether "Kenall alleges that it was injured by Cooper and seeks money damages to redress the injury.  Article III requires no more.” [25]

Uniloc reached a different conclusion.  The district court granted the defendant Motorola's Rule 12(b)(1) motion to dismiss for lack of Article III standing because the Uniloc plaintiffs lacked exclusionary rights in the patent at issue.  In ordering dismissal, the court relied on pre-Lone Star cases for the proposition that "the actual or threatened injury required by Article III exists solely by virtue of the Patent Act.” [26]

The court acknowledged that, while Lone Star distinguished Article III standing from Section 281, which creates a cause of action for patentees, Section 154 creates the exclusionary rights necessary for Article III standing. [27]  The court qualified that, to the extent Lone Star holds otherwise, that holding is nonbinding dicta in conflict with pre-Lone Star cases, which are still binding precedent until overturned en banc by the Federal Circuit. [28]  That decision is currently on appeal to the Federal Circuit.

These two cases present an irreconcilable view of Article III standing that must be resolved, soon, by the Federal Circuit in order for district courts to reach a uniform view of their power to hear patent cases.  Based on my reading of Lexmark, along with Lone Star and Schwendimann, Kenall has the better side of the debate.

Consistent with Lexmark, patent cases must enforce the distinction between Article III standing — which originates from Article III's requirement that courts must limit their review to cases and controversies or, in other words, a "real, earnest, and vital controversy between individuals” [29] — and whether a plaintiff has a statutory cause of action.  Kenall enforces this distinction; Uniloc does not.

In the nonpatent space, courts occasionally refer to statutory cause of action as an inquiry whether "a plaintiff's complaint fall[s] within the zone of interests protected by the law invoked.” [30]  Courts applying this zone-of-interest test ask whether "legislatively conferred cause of action encompasses a particular plaintiff's claim" or whether "this particular class of persons ha[s] a right to sue under this substantive statute." [31]

Prior to Lexmark, courts occasionally treated the zone-of-interest test like other jurisdictional thresholds. [32]  Lexmark condemned this treatment by stating definitively that "the absence of a valid (as opposed to arguable) cause of action does not implicate subject- matter jurisdiction, i.e., the court's statutory or constitutional power to adjudicate the case.” [33]

Lexmark's holding applies with equal force in the patent space.  The Federal Circuit in Lone Star recognized that Lexmark was "irreconcilable with [the circuit's] earlier authority treating § 281 as a jurisdictional requirement" and that the circuit was "bound to follow [Lexmark] rather than [its] own prior panel decisions.” [34]

Kenall likewise recognizes that "'[s]tatutory standing' ... does not implicate subject-matter jurisdiction" and that "Article III standing exists so long as the complaint alleges that the defendant injured the plaintiff in some concrete way and seeks a valid form of judicial relief to remedy the injury.” [35]

On the other hand, Uniloc continues to view the Patent Act as creating the legally protected interest that serves as the basis for Article III standing. [36]

The Uniloc line of cases is also causing patent cases to drift away from other areas of law that adhere to Lexmark.  In copyright cases, for example, whether a plaintiff possesses sufficient rights in a copyright is not a question of Article III standing.  [37]  Addressing the Copyright Act's registration requirement as a precondition to filing a claim, the Supreme Court held that the requirement does not implicate a federal court's subject-matter jurisdiction, despite the Copyright Act's ties to the intellectual property clause of the U.S. Constitution. [38]

There is nothing fundamentally different about patent cases that entitle them to different treatment of Article III standing. Indeed, as the Federal Circuit pointed out in Schwendimann, “[t]he Copyright Act is no less tied to the Intellectual Property Clause in the Constitution than is the Patent Act.” [39]

Moving forward, courts and practitioners should enforce a clear distinction between analysis of a cause of action under the Patent Act and Article III standing.  The Patent Act cause of action is properly determined by assessing whether the plaintiff has all substantive rights in the patent at issue, thereby qualifying as a patentee under Section 281, or sufficient exclusionary rights to render the plaintiff an exclusive licensee that must join the patentee in order to sue. [40]

The Article III standing analysis is entirely separate. Article III standing is properly assessed by identifying injury in fact, traceability and redressability — the purpose of which is to distinguish a case or controversy from mere advisory opinions and determine the existence of a real, earnest and vital controversy between individuals. [41]  As Kenall concludes, "Article III requires no more.” [42]

The opinions expressed are those of the author(s) and do not necessarily reflect the views of the firm, its clients, or Portfolio Media Inc., or any of its or their respective affiliates. This article is for general information purposes and is not intended to be and should not be taken as legal advice.

[12] Lone Star, 925 F.3d at 1235-36 ("We therefore firmly bring ourselves into accord with Lexmark and our sister circuits by concluding that whether a party possesses all substantial rights in a patent does not implicate standing or subject-matter jurisdiction."). 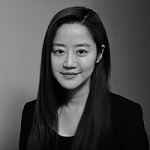