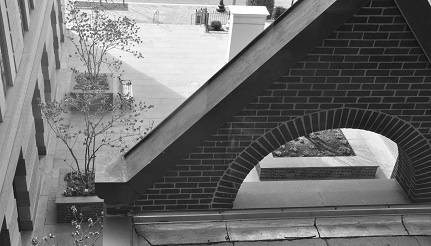 Kellogg Hansen attorneys are representing a certified class of employers and unions alleging that the Sutter Health hospital system leveraged its market power to engage in anticompetitive conduct, insulate itself from competition, and charge inflated prices.  After five and a half years of litigation, the parties settled on the eve of trial.  Subject to court approval, Sutter has agreed to pay $575 million and comprehensive injunctive relief, including changing its practices under the supervision of a court-appointed monitor.  UFCW & Employers Benefit Trust v. Sutter Health, No. CGC 14-538451 (Cal. Super. Ct.).

Kellogg Hansen partner Derek Ho is currently serving as co-lead counsel for the plaintiffs in a major antitrust litigation against the two leading providers of dealer management systems, CDK Global, LLC and The Reynolds & Reynolds Company.  Kellogg Hansen attorneys have spearheaded the investigation of the core claims in this antitrust litigation.  In 2017, Global Competition Review named partners Derek Ho, Michael Nemelka, and Aaron Panner “Litigators of the Week” for successfully obtaining a rare preliminary injunction on behalf of their client, Authenticom, Inc. In re Dealer Management Systems Antitrust Litigation, MDL No. 2817 (N.D. Ill.).

Kellogg Hansen attorneys served as court-appointed co-lead class counsel on behalf of a class of direct purchasers that included all the major automakers as well as a number of other Fortune 500 companies in a proposed class action alleging several manufacturers colluded to inflate steel prices. After defeating a motion to dismiss and persuading the court to certify a class, the claims were settled for approximately $194 million in the aggregate. In re Steel Antitrust Litigation, No. 08-cv-5214 (N.D. Ill.).

Kellogg Hansen attorneys successfully defended Verizon Wireless against a multi-billion dollar price-fixing suit, winning summary judgment and affirmance on appeal and taking the lead in briefing and argument on behalf of all defendants. In re Text Messaging Antitrust Litigation, 782 F.3d 867 (7th Cir. 2015).

In one of the few antitrust class actions to go to trial, Kellogg Hansen attorneys served as co-lead trial counsel for a class of direct purchasers in a four-week jury trial in 2013 alleging price fixing by the Dow Chemical Company. The jury ultimately rendered a $1.2 billion verdict, one of the largest antitrust verdicts in U.S. history. The verdict was upheld on appeal at the circuit level, and the case settled while under review by the Supreme Court. In its final approval order, the District Court wrote: “[i]n almost 25 years of service on the bench, this Court has not experienced a more remarkable result.” In re Urethane Antitrust Litigation, MDL No. 1616 (D. Kan. 2013).

Kellogg Hansen attorneys successfully represented Ritz Camera and proposed class action in an interlocutory appeal to the Federal Circuit in a case establishing that the Supreme Court's decision in Walker Process Equipment, Inc. v. Food Machinery & Chemical Corp., 382 U.S. 172 (1965), allowed direct purchasers to bring antitrust claims under Section 2 of the Sherman Act for monopolization based on fraudulently procured patents regardless of whether the purchaser would have independent standing to challenge the validity of the patent.  Ritz Camera & Image, LLC v. SanDisk Corp., 700 F.3d 503 (Fed. Cir. 2012).

Kellogg Hansen attorneys represented classes of California, Kansas, New York, and Wisconsin consumers of moist smokeless tobacco in antitrust and related actions against U.S. Smokeless Tobacco, in which the consumers alleged, among other things, that U.S. Smokeless Tobacco engaged in anticompetitive behavior that had the effect of unlawfully raising prices paid by consumers, thereby causing hundreds of millions of dollars in damages. After plaintiffs scored numerous victories on class certification, discovery, and other issues, these matters settled on favorable terms collectively for hundreds of millions of dollars in value for consumers. Smokeless Tobacco Consumer Class Actions (2000-2008).

Kellogg Hansen attorneys successfully represented AT&T and other telecommunications firms in securing reversal of the Second Circuit ruling and dismissal of antitrust conspiracy claim in the most significant decision on pleading standards in 50 years. This landmark decision established that parallel conduct, absent plausible evidence of agreement, is insufficient to state a claim under § 1 of the Sherman Act. Bell Atlantic Corp. v. Twombly, 550 U.S. 544 (2007).

Kellogg Hansen attorneys obtained a jury verdict of $318.75 million for fraud and unfair trade practices arising out of contract negotiations between plaintiff, a high-technology start-up company, and defendant, a major ultrasound company. This was one of the largest unfair trade practices judgments ($180 million collected in a settlement). Volumetrics Medical Imaging, Inc. v. ATL Ultrasound, Inc., No. 01-cv-00182 (M.D.N.C.).

Kellogg Hansen attorneys represented a group of industrial copper purchasers in an antitrust action against J.P. Morgan, in which the purchasers alleged that J.P. Morgan participated in a conspiracy to manipulate the worldwide price of copper, thereby causing hundreds of millions of dollars in damages. Plaintiffs successfully opposed a motion for summary judgment, and the matter settled favorably immediately before trial with the clients recovering approximately forty times more than their share of the class recovery against the other defendants in an earlier phase of the litigation. In re Copper Antitrust Litigation, MDL 1303 (W.D. Wis. 2000).