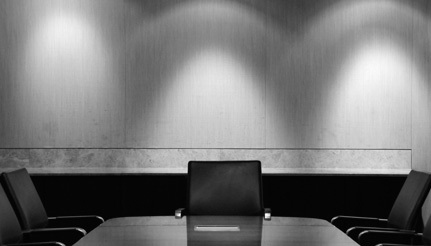 Kellogg Hansen specializes in litigating complex commercial cases throughout the country.  We are trial lawyers; our lawyers frequently take cases to verdict at trial, including trials before juries, judges, and arbitrators.  Our lawyers have been lead counsel in more than 100 federal and state jury and bench trials and private arbitrations.  We have won multiple nine-to-ten-figure verdicts for our clients and have successfully defended clients against similarly large damages claims.

Our clients include Fortune 100 companies; large banks and other financial services firms; private equity firms and their portfolio companies; hedge funds; large and small companies in the telecommunications, pharmaceutical, health care, energy, manufacturing, and technology sectors; start-ups; classes of consumers; states and local, federal, and foreign government entities; and individuals.  We represent both plaintiffs and defendants.  When representing plaintiffs, we frequently work under alternative fee arrangements.

We pride ourselves as generalists, and our subject matter experience is both broad and deep in areas including antitrust; business torts such as fraud, tortious interference, and breach of fiduciary duty; securities fraud; unfair trade practices; accountant and other professional liability; Delaware corporate disputes; breach of contract; products liability; and myriad others.

Represented class of direct purchasers alleging a price-fixing conspiracy.  After a four-week trial, the jury rendered a $1.2 billion verdict after trebling -- one of the largest antitrust verdicts ever.  In re Urethane Antitrust Litigation, MDL No. 1616 JWL (D. Kan. 2013).

Represented private equity firm in a multidistrict litigation in the Southern District of New York arising out of the collapse of Refco, then the largest independent derivatives execution and clearing firm in the world, including claims against Refco’s law firm and auditor.  In re Refco Inc. Securities Litigation, 07 MDL 1902 (S.D.N.Y.) (Rakoff, J.).

Represented a group of industrial copper purchasers in an antitrust action against J.P. Morgan, in which the purchasers alleged that J.P. Morgan participated in a conspiracy to manipulate the worldwide price of copper, thereby causing hundreds of millions of dollars in damages.  Plaintiffs successfully opposed J.P. Morgan’s motion for summary judgment, and the matter settled favorably immediately before trial.  In re Copper Antitrust Litigation, MDL 1303 (W.D. Wis.).

Represented classes of California, Kansas, New York, and Wisconsin consumers of moist smokeless tobacco in antitrust and related actions against U.S. Smokeless Tobacco, in which the consumers alleged, among other things, that U.S. Smokeless engaged in anticompetitive behavior that had the effect of unlawfully raising prices paid by consumers, thereby causing hundreds of millions of dollars in damages.  After plaintiffs scored numerous victories on class certification, discovery, and other issues, these matters settled on favorable terms collectively for hundreds of millions in value for consumers.  Smokeless Tobacco Consumer Class Actions (2000-2008).