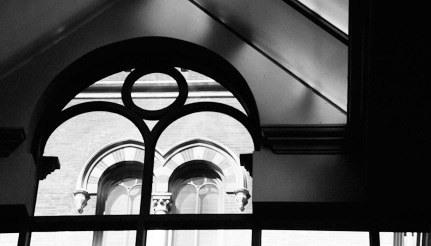 We represent, advise, and defend corporate and individual clients in a broad range of investigations and in civil, criminal, and administrative enforcement proceedings.  We have handled matters involving federal and state securities, foreign and domestic corruption, antitrust, state and federal false claims, and consumer protection.  Our lawyers include numerous former prosecutors and Department of Justice officials with the experience needed to assess a client’s potential liability, to develop effective strategies to assist a client in minimizing exposure, and to mount a forceful trial defense.

Investigated and resolved several Foreign Corrupt Practices Act matters involving a Fortune 200 company in the insurance industry.  The cases involved alleged payments made to senior government officials in numerous countries around the world.  The client received a declination of criminal prosecution from the Department of Justice, and the Securities and Exchange Commission has taken no enforcement action.

Investigated and resolved two Foreign Corrupt Practices Act matters involving a Fortune 500 company in the energy industry.  The cases involved alleged payments made to government officials, or to third-party representatives with alleged links to government officials, in numerous countries around the world.  After the first investigation, the client received a declination of criminal prosecution from the Department of Justice and an administrative sanction from the Securities and Exchange Commission.  After the second investigation, the Department of Justice praised the client’s cooperation as “sincere,” “complete,” and “exceptional,” agreed to defer and ultimately to dismiss a criminal prosecution of the company, and recommended a substantially reduced fine against a subsidiary as a reward for cooperation.

Investigated and resolved a criminal procurement fraud matter involving a privately held company in the aircraft services industry.  The charges against the company arose out of alleged payments made to an employee of a competitor in connection with bids for government contracts.  After the company cooperated fully with the government’s investigation, the criminal charges against it were dismissed pursuant to an agreement with the Department of Justice.

Investigated and resolved several potential criminal and civil antitrust matters with no charges brought against the firm’s clients, including voluntary disclosures to the Antitrust Division of the Department of Justice and several successful applications to its amnesty program.

Represented a major subsidiary of a Fortune 200 company in the financial services industry in a federal securities investigation into insider trading arising from misappropriation of confidential information by company employees.

Represented a senior officer of a Fortune 500 company in the household and personal products industry in an internal investigation arising from alleged violations of securities disclosure requirements and of the Foreign Corrupt Practices Act.  No enforcement action has been taken against the client.

Represented a senior officer of a government-sponsored enterprise in an investigation by the Securities and Exchange Commission arising from investments in derivatives.  No enforcement action has been taken against the client.

Represented numerous individual criminal defendants in complex white-collar cases, including the CEO of a software company forced into bankruptcy as a result of securities fraud, and several executives of various companies prosecuted by the federal Enron Task Force.

Represented numerous officers and employees appearing as witnesses in investigations by the Securities and Exchange Commission and the Department of Justice, including senior officers of Fortune 10 companies and other officers, executives, and employees of several Fortune 200 and Fortune 500 companies.  The subjects of the Investigations included alleged criminal antitrust price-fixing conspiracies, various alleged securities frauds, and alleged violations of the Foreign Corrupt Practices Act.