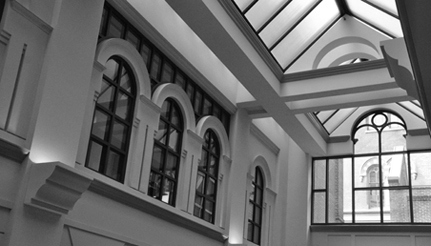 In addition to our Supreme Court practice, the firm’s attorneys regularly handle matters in federal and state appellate courts throughout the country.  They have argued in every federal court of appeals.  In recent years, our lawyers have also argued multiple patent-related appeals before Federal Circuit panels and the en banc court.  We also apply our appellate expertise at the trial level to shape litigation strategy and to ensure that legal issues are preserved and persuasively framed for appellate review.  Our appellate lawyers have written articles and treatises on Supreme Court and appellate advocacy.  In addition, the firm’s appellate practice has been recognized by The National Law Journal, The American Lawyer, and others for its results.  The National Law Journal included the firm on its “Appellate Hot List” for 2011, 2012, and 2013.

Argued successfully for the respondent, Lee E. Buchwald, as Trustee for the Renco bankruptcy estate, to affirm the approximately $213 million verdict against the Renco Group and Ira Rennert.  In re Magnesium Corporation of America, 682 F. App'x 24 (2d Cir. 2017).

Argued successfully for the petitioners that the Federal Arbitration Act does not permit courts, invoking the “federal substantive law of arbitrability,” to invalidate arbitration agreements on the ground that they do not permit class arbitration of a federal-law claim.  American Express Co. v. Italian Colors Restaurant, 570 U.S. 228 (2013).

Successfully represented Ritz Camera and proposed class action in an interlocutory appeal to the Federal Circuit in a case establishing that the Supreme Court's decision in Walker Process Equipment, Inc. v. Food Machinery & Chemical Corp., 382 U.S. 172 (1965), allowed direct purchasers to bring antitrust claims under Section 2 of the Sherman Act for monopolization based on fraudulently procured patents regardless of whether the purchaser would have independent standing to challenge the validity of the patent.  Ritz Camera & Image, LLC v. SanDisk Corp., 700 F.3d 503 (Fed. Cir. 2012).

Successfully defended a jury award for an injured railroad worker in an action under the Federal Employers’ Liability Act against a challenge to the longstanding proximate-causation standard established for FELA cases.  CSX Transp., Inc. v. McBride, 131 S. Ct. 2630 (2011).

Successfully represented investors in an action under § 10(b) of the Securities Exchange Act of 1934 based on a drug manufacturer’s failure to disclose information about harmful side effects of its products.  A unanimous Supreme Court held that the plaintiffs could state a claim for securities fraud without alleging that the number of undisclosed adverse events had been statistically significant.  Matrixx Initiatives, Inc. v. Siracusano, 131 S. Ct. 1309 (2011).

Successfully represented investors in an action under § 10(b) of the Securities Exchange Act of 1934 where a drug manufacturer argued that the claims were time-barred.  All nine Justices upheld the claims as timely, clarifying the standard for when plaintiffs “discover” the facts underlying a securities claim, and rejecting the “inquiry notice” standard that had been applied by several courts of appeals.  Merck & Co. v. Reynolds, 130 S. Ct. 1784 (2010).

Successfully represented a class of plaintiffs in a lawsuit against a major cigarette manufacturer for decades of fraud in the marketing and sale of “light” cigarettes.  The Supreme Court ruled that plaintiffs’ state-law fraud claims were neither expressly preempted by the Federal Cigarette Labeling and Advertising Act nor impliedly preempted by the Federal Trade Commission’s purported regulation of “light” cigarettes.  Altria Group, Inc. v. Good, 555 U.S. 70 (2008).

Successfully represented State of Delaware in an original action in the Supreme Court to resolve a boundary dispute between Delaware and New Jersey to determine whether a multi-billion-dollar liquefied natural gas bulk transfer facility constructed on the New Jersey side of the boundary could encroach into Delaware.  New Jersey v. Delaware, 552 U.S. 597 (2008).

Successfully represented AT&T and other telecommunications firms in securing reversal of the Second Circuit and dismissal of antitrust conspiracy claim in the most significant decision on pleading standards in 50 years.  Bell Atlantic Corp. v. Twombly, 550 U.S. 544 (2007).

Obtained reversal of Second Circuit decision in which the Supreme Court set a standard for RICO proximate causation under which a plaintiff cannot bring a RICO claim by alleging a failure of a competitor to pay state sales tax, thereby leading to dismissal of multi-million-dollar claims against our clients.  Anza v. Ideal Steel Supply Corp., 547 U.S. 451 (2006).

Obtained a unanimous decision reversing Fourth Circuit decision and holding that, to remove a case on diversity grounds, named defendants have no obligation to demonstrate that there is no unnamed, potential defendant whose presence in the action would destroy diversity.  Lincoln Property Co. v. Roche, 546 U.S. 81 (2005).

Obtained reversal of Fifth Circuit decision in which the Supreme Court held that farmers’ claims for crop injury from pesticides are not preempted by Federal Insecticide, Fungicide, and Rodenticide Act and reinstated claims for approximately $30 million in crop damages.  Bates v. Dow AgroSciences LLC, 544 U.S. 431 (2005).

Obtained reversal of Ninth Circuit decision in which the Supreme Court held that a district court to which a case has been transferred for coordinated pre-trial proceedings may not assign that case to itself for trial, but must instead, at the close of the pre-trial proceedings, remand the case to the originating district court.  On remand, obtained a jury verdict exceeding $50 million on various tort claims, including commercial disparagement and defamation and abuse of process.  Lexecon Inc. v. Milberg Weiss Bershad Hynes & Lerach, 523 U.S. 26 (1998), and No. 1:92-CV-07768 (N.D. Ill.).